So I'm done with my one person dialogue shot and now have to start thinking about my two person shot. This week we had to go out and find some dialogue clips from movies or shows. For those looking at this that might have to do this in the future, I would recommend using www.movieclips.com :)

Here are the best three clips that I found to use for my animation.

Also this week we had to do one last face pose. 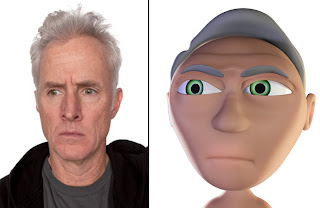 Next week I'll have picked out one of the three clips and will have it all planned out. :)

Posted by Unknown at 5:41 PM No comments:

So here it is! Finally I have my first dialogue shot finished. Now, mind you, it still needs to be touched up a bit, he needs different clothes and hair, etc. But the animation is about there! Now it's just on to another dialogue shot. This time with two characters.


Also this week we had to do two more face poses. 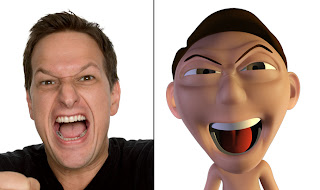 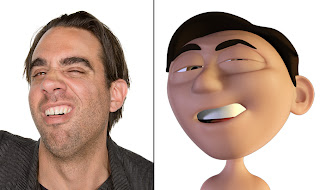 This week I had some great notes from my mentor on my shot. This was the first time he looked at both the body of the shot and the blocking that I did for last week. He gave some notes for me to change on the shot like how he enters and exits. Also some notes on the facial animation and the overall emotions in the shot. But here is how it all turned out! :)

Also this week we had to find 2 face poses from the internet and recreate that pose on Bishop. Here are how those poses turned out. 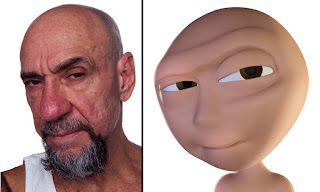 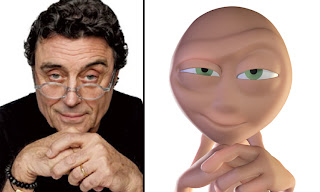 And here is my shot from this week.

Next week, my final for this shot is due and will be up!
Posted by Unknown at 7:36 PM No comments:

I'm back! :) Its been a great holiday break, but I'm so excited to be back in the swing of things! 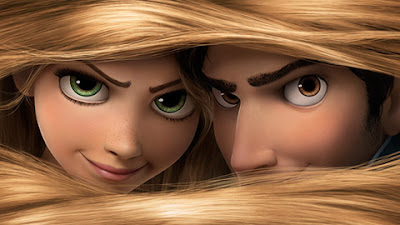 Now I'm in Class 5 at AM. My mentor this term is an awesome guy named Brent Homman. He's an animator from Disney. He's worked on the movies Tangled and Bolt. Also he's worked on the new short, Prep and Landing. Some of you may remember a short film he worked on called A Gentleman's Duel.  But currently he's working on a new film by Disney called Wreck It Ralph.

We wasted no time getting started in Class 5. We had to do the planning and blocking for our facial animation of the shot we left off with. So here's the fruit of my labors this week and the newest version of my "Interrupting" shot!

Sketch books to show the planning for the facial. Both the phonetics of the dialogue and some key facial poses I wanted to try. 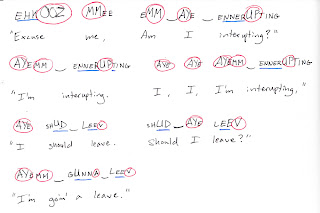 This is the dialogue from my shot written out. Above that is the dialogue written Phonetically, much like a road map for my animation. What's circled in red is the more important shapes I have to hit and the blue is second important. 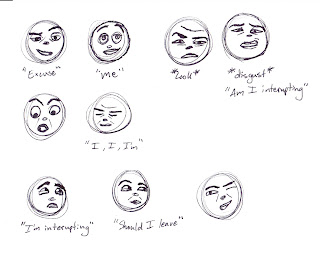 Here's video reference for the facial as well. I explored different reactions I could use. But this is one that I probably took the most out of and will study even more in the next couple weeks.

And finally, here is how my shot looks now. Still have two more weeks to polish and fix the lip sync.

Posted by Unknown at 9:55 PM No comments: