So me and my wonderful girlfriend carved pumpkins together and I carved a picture of the two of us into mine! 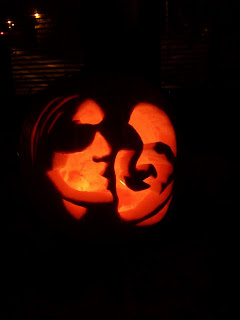 Also here is a pic of the two of our pumpkins together. She decided to make spongebob and also paint him as well. :) 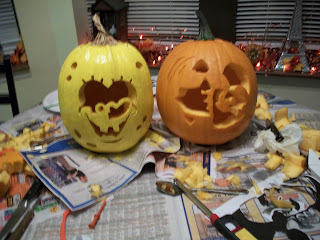 Here is a short playblast form one of the scenes of my project I'm working on, "Ned's New Camera" (in 3D!)

The basic idea behind this short is that Ned just got a brand new 3D camera and decides to try it out but find trouble along the way. Here in this shot, he's "testing" out the waters of 3D and it doesn't go so well.

Chase
Posted by Unknown at 8:56 AM No comments:

My Next Little Project

Here is a render from my little short film that I am working on for a project with IUPUI.  I basically wanted to make a 3D animation but then render it with Stereoscopic 3D so you can wear 3D glasses and watch the video. The final product will be able to do so, and I will also render the "plain" version as well for those without glasses.

Basically the simple problems of a blob named Ted who just got a new 3D! camera. :) 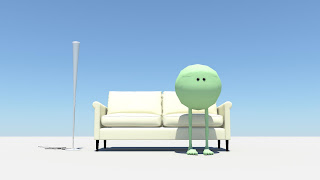 Cheers
Posted by Unknown at 12:59 PM No comments:

Here is a quick storyboard plan for a simple animation to show weight. 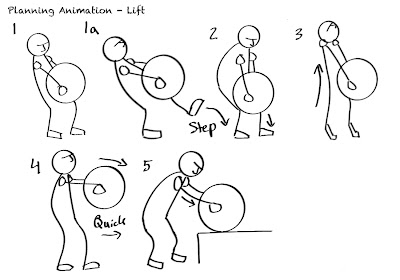 The day is a great day when you can go get a brand spankin new Macbook Pro! :)

It is the 15in. Macbook Pro with the new intel i7 processor and also 8GB of RAM! I love it so far and it works soo much better than my old macbook that I was trying to work off of. 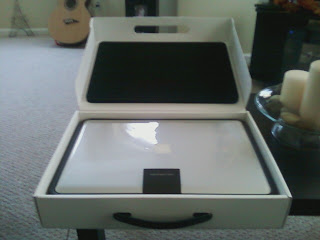 This is exciting for any mac user! ;)

Cheers
Posted by Unknown at 10:37 PM No comments:

Ok lets see Apple do this...

I got my 3D picture taken the other day from the wonderful guys in the IT building at IUPUI. Thanks Chauncy Frend and Jeff Rogers!

Sorry there is no texture on it yet. 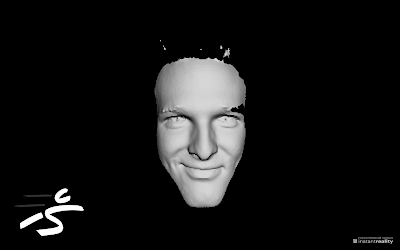 Posted by Unknown at 8:21 PM No comments:

So I was dabbling with an old logo of mine and came up with this one.
Tell me what you think :)

Cheers
Posted by Unknown at 7:40 PM No comments:

I am glad to announce that I have been accepted to attend AnimationMentor.com. For those of you who don't know. Animation Mentor is an online school for the advanced studies of character animation. I will be starting classes on January 3, 2011!!! I will be keeping updates on here of my work and progress throughout my schooling! So stay tuned! :)

Here is a compilation of all my work up to this point. It's pretty rough and I just threw everything together. For more of the production value of things, check out my demo reel.
Thanks!
Posted by Unknown at 7:21 AM No comments: