So this past week has been great!! I spent the last few days in Burbank, CA for CTN Animation Expo 2011. I was able to spend time with some of the greatest people I know and meet some amazing new people as well! Most all of the animation studios in the industry were there with a booth. Being my very first time to CTN, I was very pleased with it all. I was able to talk to a lot of the recruiters for various studios and get some insight on some big projects coming up in the next couple of years! :)

Below is a pic of me getting some feedback on my current shot from Bobby Pontillas from Disney. 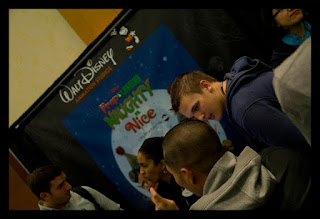 Now on the the work without play! My shot has been coming along great. I tried to get as much work done early in the week to compensate for CTN. I also had to work while at CTN as well, but was able to get some great feedback including feedback from Bobby. I still need to address his notes and will make those changes for next week. But so far this is how my shot is coming.

Also this week we had to do a hand pose that would convey "Anger." Here is the final version of that as well! 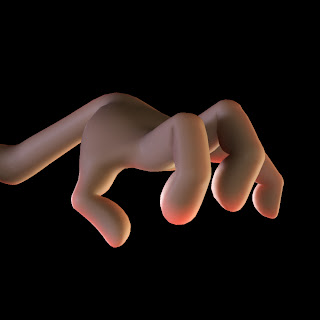